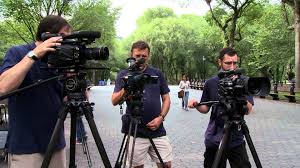 How to Collect and Analyze Multiple Simultaneous Media Files – and why it’s worth the trouble.

There are many instances when collecting data where there will be more going on at one time than we could possibly observe. A classroom can have one or more teachers providing a variety of learning activities simultaneously to a significant number of students. An expert can perform complex tasks with incredible subtlety and finesse. A “simple” interaction between two people may occur on multiple levels, verbal and non-verbal, which can be challenging to track and note all at once. A reseacher may want to see both the facial expression of the speaker in a focus group and the visceral reaction of all other members of the group at the same time.

When we know there will be more going on than we can observe and preserve at once, one solution is to create a plan to collect video as a representation of the reality we will observe. While video certainly has limitations, (for example, where you point the camera matters a lot,) it also has the advantages of permanence, allowing, for example, repeated viewing and easy sharing with colleagues for consultation. There are times when recording data with more than one camera at a time can provide exponentially more information that we can explore and interpret afterwards.

As video recording gets easier, more affordable, and more ubiquitous, researchers can more easily capture multiple perspectives by recording multiple, simultaneous video or audio data. One of the analytic challenges researchers face is that of managing those multiple simultaneous media streams so that they can be meaningfully analyzed. Fortunately, Transana offers a solution to this problem, allowing up to 4 simultaneous media files to be analyzed as a synchronized media stream.

We won’t talk about the mechanics of working with multiple simultaneous media files here, as that is covered well in Transana’s ScreenCasts. Adding Multiple Media Files to Transana shows how to add multiple simultaneous media files to Transana and how to synchronize the files. Creating Clips with Multiple Simultaneous Media File Data shows how to select which video or videos are included in the meaningful analytic segments you create from this coordinated data stream to allow you to make exactly the analytic point you want to make with your data. The Media Conversion ScreenCast can be helpful in showing you how to prepare your data so that your computer will be able to display multiple media streams at once.

Here are a few guidelines for preparation that can make the process of capturing and analyzing multiple simultaneous media files much easier:

With a little bit of forethought and planning, capturing really useful information with multiple cameras is within reach of most researchers. Working with such overlapping video can be tremendously rewarding, as it can provide a significantly greater level of detail for the events and interactions you observe during data collection. This allows a greater level of subtlety in your analytic observations and allows you to demonstrate what you have seen in ways that can be very credible and trustworthy.